A veteran plane crash lawyer, like those we have at BVA, can assist you with all of the issues that arise should you or a family member be involved in a regional carrier crash.   Regional carriers are small airlines that contract with major airlines to fly shorter or lower volume routes.  If you have ever taken a short hop on what some folks call a “puddle jumper,” chances are that a regional carrier was operating your plane.  Your ticket and flight number may still name the major airline, such as United Flight 1234 for example, or it may directly reference a major airline’s regional subsidiary, like United Express or Continental Connection.

Generally, though, the actual company operating the flight will be a contract carrier that you have never heard of.  One example is the crash on takeoff of a Bombardier Regional Jet that happened on August 27, 2006 in Lexington, KY.  The passengers’ tickets said Delta Connection Flight 5191 and the plane was painted as a Delta Connection plane, but a company named Comair was actually handling the flight. 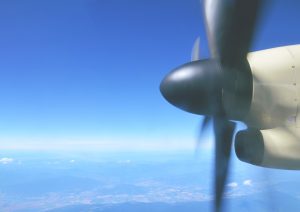 Outsourcing shorter flights to contract carriers allows the major airlines to focus time, money and maintenance resources on the more profitable longer and higher volume routes.  The contract carriers, in turn, benefit because they get to operate under the marketing brand of a major airline.

While regional carriers are generally safe and receive similar oversight from the FAA as the larger carriers, they do have unique issues not shared by the major airlines.  Pilots are one example.  Every commercial pilot ultimately wants to fly the big planes for the big airlines.  But they have to start somewhere, and that place is usually in regional carriers.  So the pilots on these flights typically have less time and experience than major airline pilots.  Maintenance is another example.  The contract carrier may have some oversight by its major airline affiliate, but several regional carriers have their own maintenance facilities that may or may not be as good as their major airline counterparts.

Contact us to learn more about how we can help.