Although the engines and systems that keep airplanes in the air are operationally complex, basic airplane flight theory is fairly simple – the wings generate lift, the engine pulls it forward and the ailerons, rudder and elevators allow it to turn, climb and descend. In contrast, nothing about a helicopter is simple. Helicopters can hover, or fly forwards, backwards, sideways, up or down, and they can turn widely like a plane or turn on a dime.

All of these capabilities are achieved by the relative positions of the main rotor turning overhead and the tail rotor turning at the back. The rotor systems, in turn, are governed by one or more engines and an intricate array of gear boxes and shafts that are all interconnected and all of which spin at unbelievable speeds. 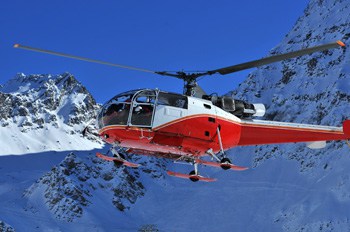 Whether the crash involves a sightseeing tour flight, an air ambulance or medevac flight, or an offshore oil rig flight, successfully litigating a helicopter crash case takes much more than a helicopter pilot license.

It takes years of helicopter flight experience, years of exposure to helicopter maintenance, a solid understanding of helicopter systems and aerodynamics and an in-depth knowledge of the law.

As a former Navy helicopter pilot, detachment maintenance officer and experienced aviation Helicopter Accident Attorney, William Angelley has used his experience and training to help many families whose lives have been adversely affected by helicopter crashes. Contact us to learn more.